They are revolting in the souk and disgusted in the casbah. Watching the news at the moment is complicated, as multiple revolutions in numerous Arab and Muslim states have segued into one long stream of sound bites and scenes of cheering people, you need a few moments to establish whether we are looking at Yemen, Egypt, Tunisia, Jordan or Libya!

One of the profound impacts of this wave of totalitarian rejection, is that we see these people finally for what they are. Not what the US, UK, Israel or any other nation, with a hidden agenda desire. No, we see them in their humanity, they are ordinary individuals and families just like us, although seemingly braver than we would ever be.

As Hilary Clinton’s long board, paddled furiously from behind by her well clipped and groomed ivy- league staffers, attempts to get on the wave, rather than sitting out at sea where she has been for the last month, the hypocrisy and shallowness of her rhetoric is galling. Western nations and UN puppets have slapped sanctions on dictators and regimes in the blink of an eye, people they supported a month ago. Banks seize the assets of their largest clients, clients who no doubt received birthday cards from the Bank President until a week ago. Hilary talks about her commitment to tribes and towns she heard of barely 15 minutes before her latest performance and yet in the middle of it all normal people, and again I say “braver’’ than any I have ever known, simply fight and die in the hot dusty streets of their own towns and for what? One word, democracy!

That may not be the two party “boys club” of the US or the 2½ party “Oxbridge” system of the UK, but they want freedom from tyranny and they want it now.

Iraq was a joke, a waste of lives and energy that saw the destruction of vast amounts of massively important historical artefacts, not to mention families. All lost from a land that will forever be the cradle of civilisation. Bush and Blair need not have lied about their political intentions behind the attack, if they had simply left it alone Iraq would have probably freed itself, if not last week then certainly next month!

So what helped create this golden moment, because that is what this is! Whether the West or the Middle East contrives to completely wreck and waste this opportunity that is in the future, but right now this is a golden unique moment. There is no doubt that behind this is in part Western agencies and also Al-Qaida opportunists. No doubt a great deal is simply a pressure cooker effect, finally the cap just blew. But there is also the element of information and information transfer.

Cell phones cross borders. Twitter, facebook, satellite TV and mobile break down the old rules and walls that were once used physically, such as in the old Eastern block and Asian states.

Yes they can be blocked and or switched off, but before that happens and as people find ways around this censorship, the messages flow. As in all things, life moves up a gear every year, what would have taken months to mobilise and communicate ten years ago now takes minutes and once it begins rolling there is no way to stop the people, other than to either join them or shoot them. Both options are still being experimented with daily!

An example of the speed of change in the world in general, is reflected in my own circumstances at this precise moment. I am multitasking, but don’t tell Oz my better half, as she thinks that it’s an impossible concept amongst the male species. Yes, I am sat at the Meadowridge Service Station, in my favourite spot. The car is being cleaned, the best pump guys on the planet have just filled up my old girl, the Audi that is not Oz, and I am writing this article while checking the stock market on the Blackberry and my emails on the Ipad.

Five years ago, I couldn’t even email or use an electric toothbrush and was one of those grumpy, “A phone is a phone, all the rest is just fuss and bother!”

But I digress, what I wanted to add was that the sheer speed of the changes over the last few weeks have shown me just how completely useless the majority of the 24 hour news channels are. After the recent revelation that Fox News actually tamper with tapes to promote their own views, they honestly showed the nomination of a person being booed after they had dubbed out the real cheering, now that’s propaganda in any religion! I am also suddenly aware of static news items on Sky that are days old. The London Stock Exchange’s 4 hour shut down was still “Shut Down” three days later and Colin Firth was a strong candidate for the Oscar, two days after he won it.

All that and their monotonous 3 – 5 minute looped slots that run over and over for days and you realise they don’t actually contain, say or really comment on anything. Yes it is all the news they “have” in 15 minutes, but it will be the same 15 minutes in 12 hours time.

So I am now a firm fan of Aljazeera and trust me it is not the hot bed of revolution that the US portrays it as, but it is possibly the most open and direct current news programming on the TV. Staffed by senior journalists from around the world including many ex BBC types.

Well that’s it, I am off for a flutter on my Ipad and a Twitter on my phone, I will be facebooking Oz to sort a meeting for cake and I leave my seat here with a clean car, full tank and numerous jobs well done.

In order for evil to flourish, all that is required is for good men to do nothing
The Real Entrepreneur
Tears of Separation 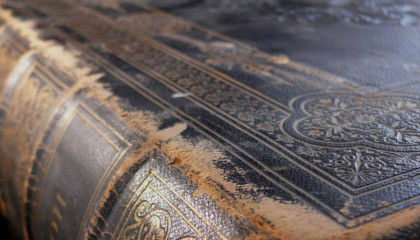