I don’t think that I could ever do the job of CEO British Airways! Every time I fly into Heathrow I look down and around and see what seem to be hundreds of BA planes sitting on the tarmac waiting. How on earth, I never cease to wonder, can airlines make money, especially these big guys with an established commitment to regular trips to the long established centres, with all this expensive metal sat idle. As the BA CEO I would never sleep Get those planes up in the air, hurry up guys, what stress!

Conversely what a great job as CEO of SAA, basically do what you can and if it doesn’t work get the public (the government seem to forget it’s our taxes, not their own cash) to bail them out, write off debt or whatever. A friend recently sat on the back row of an SAA Jumbo as it arrived in Cape Town and watched in dismay as ground crew allowed the baggage to drop about 1 metre off the end of the conveyor, they had set up against the plane.Â The bags crashed onto the runway where they were picked up and thrown onto a truck, rather like dead chickens, what’s that all about? Are we perhaps hoping they will break open guys?

Then there is Qatar Airways, they recently left some friends of mine stranded in London, then left it to BA to get these people via Bahrain 24 hours later into Doha and then finally back to SA. They offered letters to the passengers outlining the compensation they would pay then slashed it and offered half the amount once the people were home and off their hands. They still run their 5 star airline adverts though, probably because the Qatar royal family do not get to hear how shabbily their PR people treat the Qatar ordinary passengers.

I arrived in Jo’burg a couple of weeks ago on the day SAA had changed to a “new” handler, we sat on the plane for an hour as the new handler had seemingly no idea this massive Airbus, worth about $100 m and packed with clients was on its way, or had actually arrived.Â Hence there were no steps or a set of buses.

So whats the point of this, well I’m not sure really. The apparently wasteful BA with all its planes on the ground turns out to be doing just fine and recently announced hundreds of millions of pounds profit, for its vast number of demanding shareholders.  Qatar doesn’t really seem to care as it is not accountable to anyone and the same statement applies to SAA. So that would clearly seem to be the lesson here, transparency, accountability and public scrutiny do improve service and delivery.
We know that ourselves in financial services, don’t we? We know when something is not right or looks too clever, we know that being offered too much to sell something means it probably shouldn’t be sold at all and we know that lack of transparency and a lack of liquidity in any product means we should not promote it or be a part of it in anyway. Accountability makes product better, transparency makes product better and I also believe simplicity also makes product better.

If we offer clients product at reasonable rates, product they can track and price then they will be happy. But we must also watch liquidity, there is no point in anyone sitting in a product local or international where they are locked in, you may as well promote the Northern Rock Bank!

0
Related Posts
In the presence of geniuses 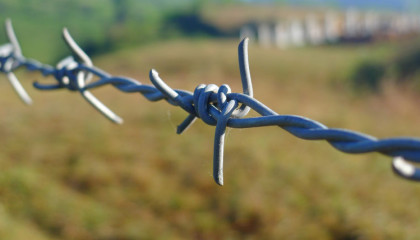 Debar, or not to debar, that is the question?
Have a Financial Giggle
The future is not yet written!