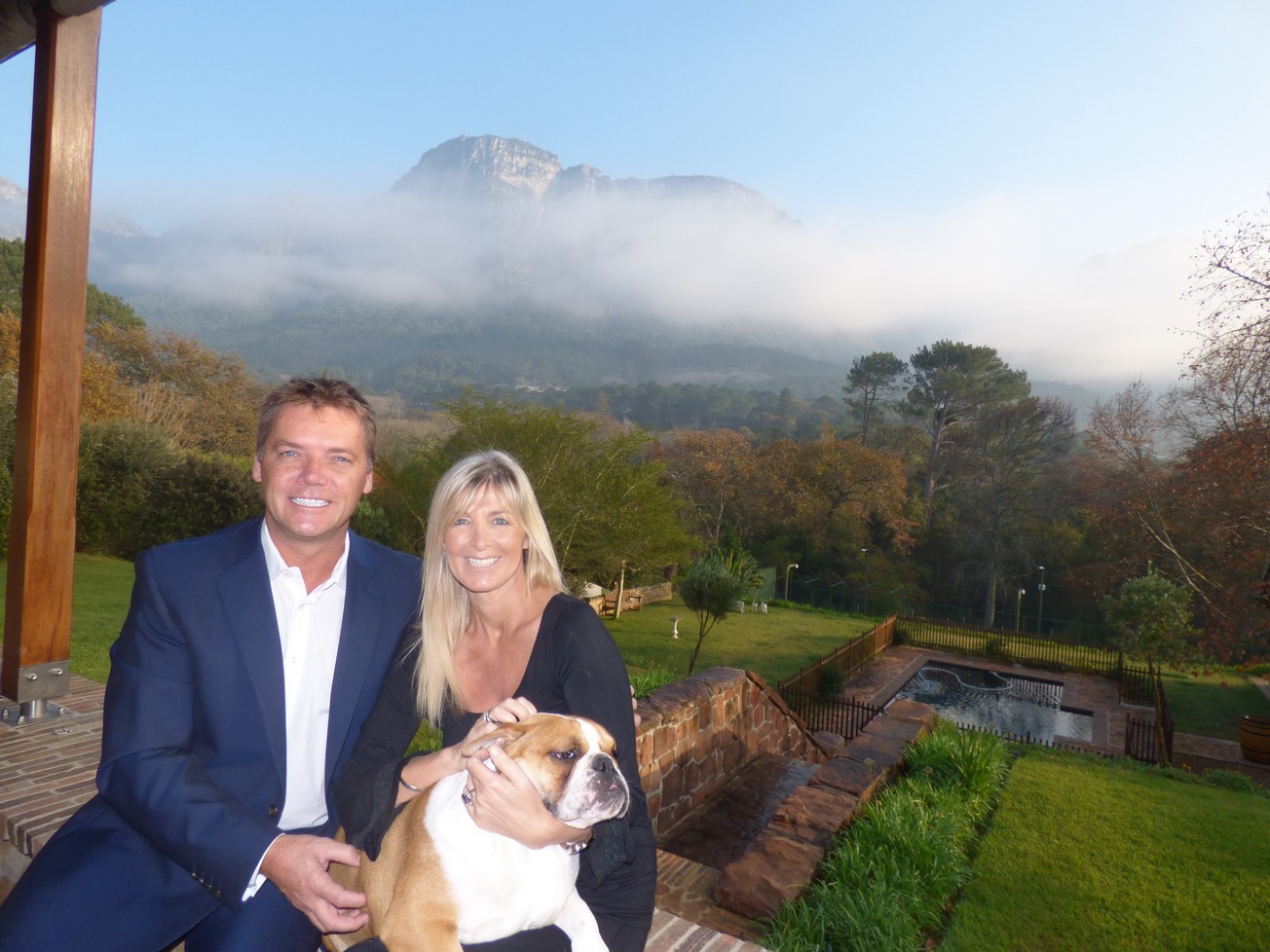 In 1990, Ian Kilbride climbed into a 30-year old Bedford truck, and along with a few friends, set off from London for Cape Town. 20 Countries and seven months in, having lost a few passengers to homesickness along the way, Kilbride was the last man standing, and travelled the last part of the journey from Zimbabwe to Johannesburg by bus. A rowdy month of partying in Rocky Street and Hillbrow behind him, he caught the old “milk” plane to Cape Town and hasn’t looked back since.

Chairman and CEO of Warwick Wealth, one of the fastest growing investment houses in South Africa, Kilbride says his original motivation for the great trek to the Cape was elephants. “I was convinced they were approaching extinction and was determined to see them in their natural

habitat.” Having earned his LLB, Ian was working amongst six CA’s in a corporate finance team, and says he gave up the job in favour of the African adventure. Two and a half decades on, elephants are

still roaming the continent and Kilbride still has his recognisably northern English twang, and he’s remained in Cape Town.
Married to Jooles he has two sons and two step children, all committed South Africans and devoted Springbok supporters. “My eldest son told to me only last week that SA had been voted the most beautiful country in the world – well I thought the same thing 25 years ago and I still believe it today,” says Kilbride, adding that he has always found the vast majority of the diverse population to be friendly and welcoming, “even to a pom in Cape Town.” Firmly entrenched in the Constantia Valley lifestyle, Kilbride has kept offices at the Alphen Farm Estate for the past 21 years. “I breakfast daily either at La Belle or just down the road at Greens – where else would I go?”

He has resided all over the peninsula, starting in Wetton, then moving to Oranjezicht, Camps Bay, Hout Bay – where he had two homes, Constantia – three homes – and to Camps Bay again. Currently he and his family live in Bishopscourt. “The kids refer to themselves as gypsies, but I believe we’ve finally found home. Bishopscourt is paradise and the property we live on is really lovely,” says Kilbride. However, another move is on the cards; “We have recently bought an empty “old lady” of a house, only three minutes away, and are currently converting her with the help of architect, Michael Dall. We hope this will be a home we never leave, and I want to have a flock of grandchildren playing on the lawn.”

Clearly, Kilbride is putting his money where his mouth is when he says that he remains convinced South Africa is a land of opportunity with huge investment potential. In spite of the current strong growth Warwick Wealth is enjoying internationally, Kilbride insists that the pull of SA is too strong to

keep him and Jooles away for too long. “Since my arrival, I have never spent more than a month or two out of South Africa. To me the country is a drug, it is home, it is the land of our children and it is where we have our roots.” As an established investment professional, Kilbride is of the opinion that one should buy quality listed companies or funds, and by the same token only invest in a top quality property. “Position, position, position might sound like a clichéd mantra, but it remains a truism, and it applies at all ages and levels of value; if you are choosing a home or an office, go with the one in the best position you can afford. As a well-travelled gypsy, I can say that it really does work.”

When it comes to timing, Kilbride believes there are some positive returns to be made in the

short-term if you’re buying into new developments, especially products such as gated estates which have historically shown themselves to be profitable especially if you buy in at the start, directly from

the developer with no transfer duty. “In my opinion if you are buying property for the long term it is very hard for you to lose money. I remember buying a flat in the Cape Town City Bowl for £10,000 and at the time that translated into R50,000. Today that flat is worth, R1,500,000 which even at an exchange rate at 20:1 translates back to £75,000, that is a 7.5 x return. We often grumble about the weakening Rand but even with the local currency’s slow decline, property has given us a real return

even in international terms,” says Kilbride, adding that for good property there is always demand. His grandmother’s wisdom in this regard is priceless, she once said: “They are not making any more land, Ian!”” “You need only draw a graph of property values to discover that notwithstanding

boom and bust years, ultimately you come out with what looks like one ever-rising line

of value – and that’s something to believe in – that’s playing the long game!”