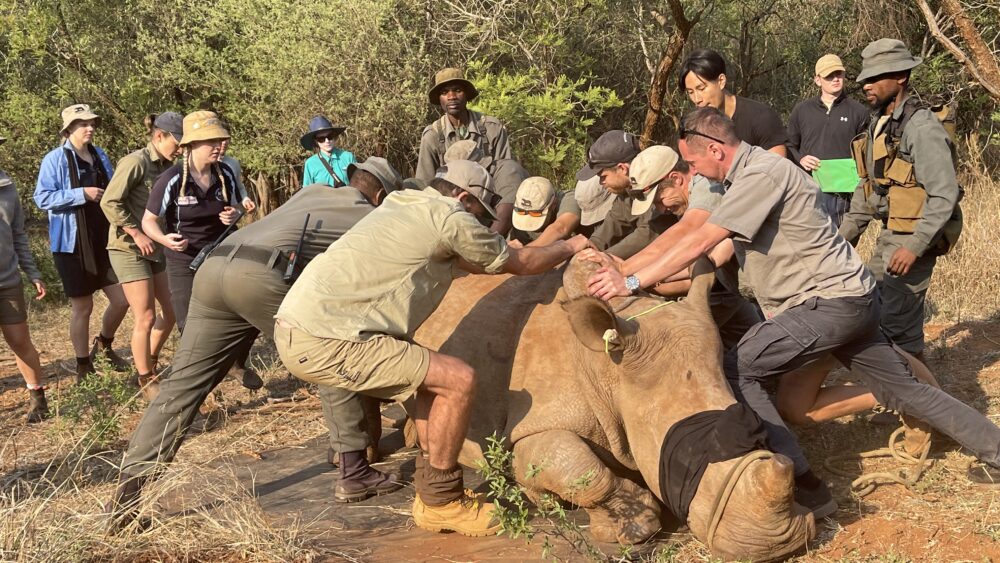 In January 2019, Spirit, Grey, Jemu and Lilli entered the first stages of rewilding and were released into the first phase of the Intensive Protection Zone. Over the last three and half years, this crash of young, orphaned rhinos has learned to survive through harsh winters and hot summers. They have been schooled by the older rhinos in crash hierarchy, group dynamics and social interaction. Given Storm’s recent interest and behaviour, it seems likely that both Spirit and Jemu have also entered oestrus. With this milestone ticked and competition for resources increases, the decision was made to move Spirit, Grey, Jemu and Lilli to the next stage of their rewilding journey.