So in a narrow revolt against the William Wallace of the 21st century, Mr Alex Salmond, the Scots have “given up their freedom”, or at least continue under Westminster’s rule.

Other than a brief moment, when the “ruling establishment of Westminster” panicked following a poll showing the YES tartan hordes ahead, a moment that even saw Mr Dave Cameron call his own party the “effing Tories,” was there ever any real doubt? Yes there was and, at times the head of the NO vote, Alistair Darling, seriously looked like the YES votes’ secret weapon, but even that stiff twit could not get the Scots to jump ship and go all native!

Because my friends, Independence, be that for any entity, a nation or even an individual, is a hard call to make and take. If you don’t believe me then just ask any parent of a teenager or 20-something, who is trying to get them to leave home and move out. Familiarity may breed contempt, but it’s a security blanket and sense of comfort that is hard to walk away from!

In this particular case, an age-old state of mutual suspicion and yet respect, and after 300 years of Union, Scotland and England are like two mighty trees, but trees from different seeds who have grown side by side together. Their strong limbs are interwoven and have been supporting each other for centuries. They are not so simply separated, they need each other.

Yet the debate had me thinking: what about an independent Gauteng, Western Cape, Kwazulu Natal or, bless them, Eastern Cape? Or what if the English had their own vote on independence? For years the joke in Britain was always that a poll had shown that only 40% of Scots, 30% of the Welsh and 20% of the Northern Irish, but 80% of the English were happy to let them go!

This is not that surprising when you learn that in all of the four countries that make up Great Britain, the Englishman receives the lowest amount of financial support from the tax spending of the treasury.

We are better together, or so the politicians in many countries cry. Bigger countries, bigger unions of nations, an expanded US, EU or even AU, but why not a “Free State of Cape Town” or a “Principality of Durban”?

Were we not once all part of smaller, more culturally similar types? Is the US not really still a nation of 50 smaller autonomous states? Where would “you” choose to live if such a break up occurred here in Southern Africa? Me, well I would live in the more egalitarian and business-centred Johannesburg, but I would escape the business buzz for holidays in “Europe in Africa”, namely Cape Town.

So here we are, with the Scots seemingly satisfied and the Russians drifting slowly out of the Ukraine, and one may think that the message is a cry for unity – but do not be fooled my friend. This is only the beginning, this is the thin edge of a growing human wedge, the need for identity, a trend that has repeated and rolled around like a wheel of “consolidation and disintegration” since the Greeks, Romans, English and others decided in their great wisdom that bigger was better. The super states may have had their day; in this turn of history, the independent individual could be on the march.

My one prediction is that Scotland’s referendum only further opens the debate, rather than closes it, who decides our fate and how accountable those politicos are to us, the voters, will open even more debate. Democracy is not easy, remember the following the next time that a politician pitches to you and thinks himself or herself very clever.

“The gallows of the world groan with the weight of politicians who boasted of their foresight, all of history is nothing but a lack of foresight.”

Not today or even next year, but one day William Wallace, and many more like him, will have their day in the sun and then they will all have “their freedom”!

This article by Ian Kilbride first appeared on:
BizNews – Thought Leaders on September 22, 2014. 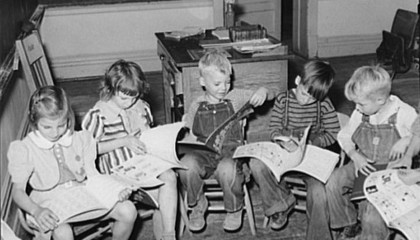 Two speed generations and rooting for the youngsters
2008 Can be great! 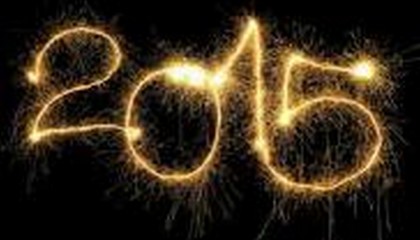