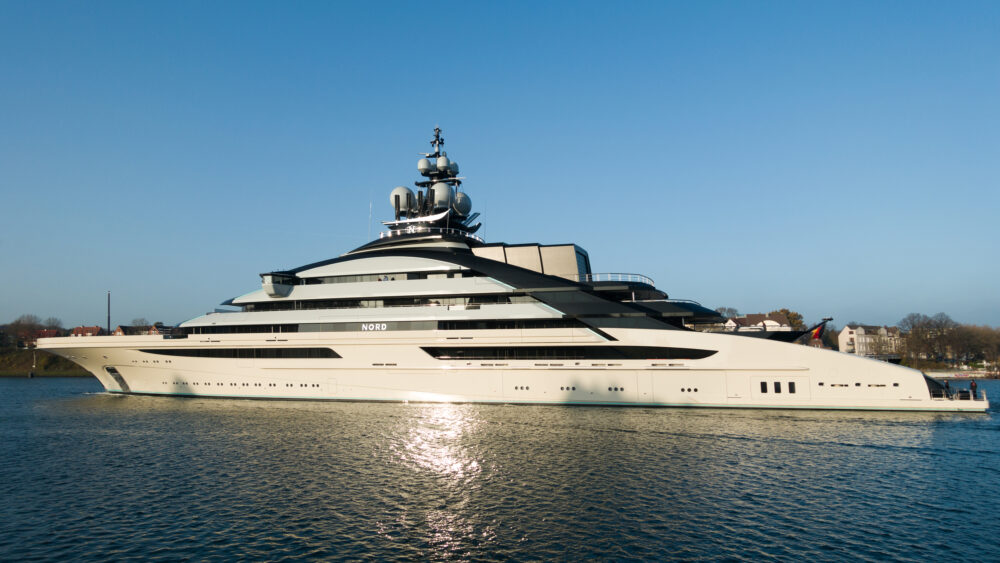 The clock is ticking on the scheduled arrival in Cape Town of the private ‘yacht’ of sanctioned Russian steel tycoon, Alexey Mordashov. Ticking insofar as any vessel must provide the Transnet National Port Authority with 72 hours’ notice of its intention to berth and the 141-metre superyacht, Nord, is due to arrive in the Mother City on 9 November. Renowned the world over as the Tavern of the Seas, Cape Town has served as haven of shelter and replenishment for sailors since Bartholomew Dias in 1488. In recent years, Cape Town’s Victoria and Alfred marina has welcomed superyachts owned by American software billionaires to gulf oil sheikhs and yes, Russian oligarchs. The difference this time is that the owner of the yacht ‘Nord’ is a close ally and benefactor of Vladimir Putin and as such, is complicit in the atrocities and war crimes committed under Putin’s leadership.

For Mordashov, achieving the status of Russia’s second wealthiest oligarch simply could not be achieved and sustained without the support of Putin. They sustain and thrive in a condition of political and financial symbiosis. Stated differently, Mordashov’s superyacht carries not only the Russian flag, but de facto, it displays Putin’s grotesque image and all that he represents. To his credit, Mayor, Geordin Hill-Lewis, has publicly opposed the Nord docking in Cape Town, yet the national authorities contend that, as South Africa has remained neutral on the Ukraine-Russia war and not sanctioned Moscow, there is no reason to refuse Nord berthing rights. I disagree.

South Africa is perfectly entitled to retain its non-aligned status and remain diplomatically neutral with respect to the war in Ukraine and need not follow the lead of other countries sanctioning Russia and its oligarchs. It can also claim that its status as a member of the BRICS imposes certain multilateral obligations on the country, for example the SA navy is currently on joint exercises with the Russian and Chinese. What it cannot do, however, is to pretend to be pursuing a principled, ethical and human rights orientated foreign policy. Historical linkages and affiliations between the ANC and the Soviet Union were important and more recently, rumoured agreements regarding nuclear power co-operation may also be a consideration. Perhaps the medical treatment received by Jacob Zuma and David Mabuza in Moscow could even factor into the equation.

But what cannot be denied is that Putin and his kleptocratic regime are in breach of international law by invading and occupying an internationally recognised sovereign state. Moreover, in the prosecution of their ‘special military operation’ the Putin regime is guilty of some of the most egregious crimes against humanity committed this century. On these grounds alone, South Africa should refuse entry to the Nord and repel all international ‘pirates’ from our shores.

Ian Kilbride is Chairman of SpiritInvest.com