I now believe the worst thing you can have is a child who is good at Maths. Personally I was never great with the old numbers as a child, hence my slide down that old academic pole into law school.

Maths came to me later in life and consequently I was conned out of numerous pocket money amounts as I never really kept track of what was going on, my Mum and Dad were always the winners!

I mention this simply because I was recently taken by number one son in a model shop. As he organized several items on the counter, all parts for existing models and not that expensive really, I asked that classic Dad line, So who do you think is paying for all that then?

Initially heartened by the quick reply, I am Dad, I was then ambushed by, out of all the money you owe me! He went on to accurately summarise pocket money I had actually given but then looked after, birthday money he had given to me for safe keeping and even some foreign coins I had given to him and then a year later he gave back to me in return for their rand equivalent, an amount I was also looking after for him.

It all came to a tidy sum and the other boys looked on in awe and admiration, I could sense them also trying to compute their Banked Worth with me!

The experience made me think about how important it is to know exactly what you owe and who you owe it to.  The recent dropping of the interest rate will have put a little more money in the hands of many, as their bond and or car payments fell.  That money can be no better utilized than by paying off any debt you may have, thus further increasing the amount you will have in your pocket the following month.

Another simple idea, that can reduce your stress levels in relation to money, or any other issue, is to do the following. Find a warm and comfortable room, put on some relaxing music and ensure you have a nice drink at hand. Take out a pad of paper and down the left hand margin number 1 – 20. Now starting at number one begin listing your serious problems and points of stress.

I am sure you will not get to ten without these issues beginning to look rather trivial and easy to resolve. Just putting it all on paper makes you feel better and don’t forget, everything in life has a solution!

As for me I have bought myself a separate pad to keep record of all the amounts I owe the brood, I am just hoping that they don’t learn about compound interest for at least another couple of years.

1
Related Posts
Get off the Pedastal
A Ray of Sunshine 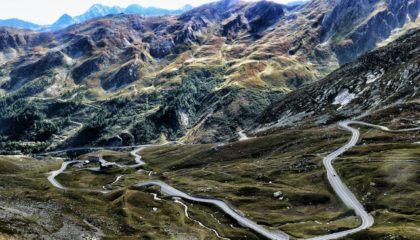 A Message from Ian Kilbride, Chairman of The Spirit Group
Financial Maturity