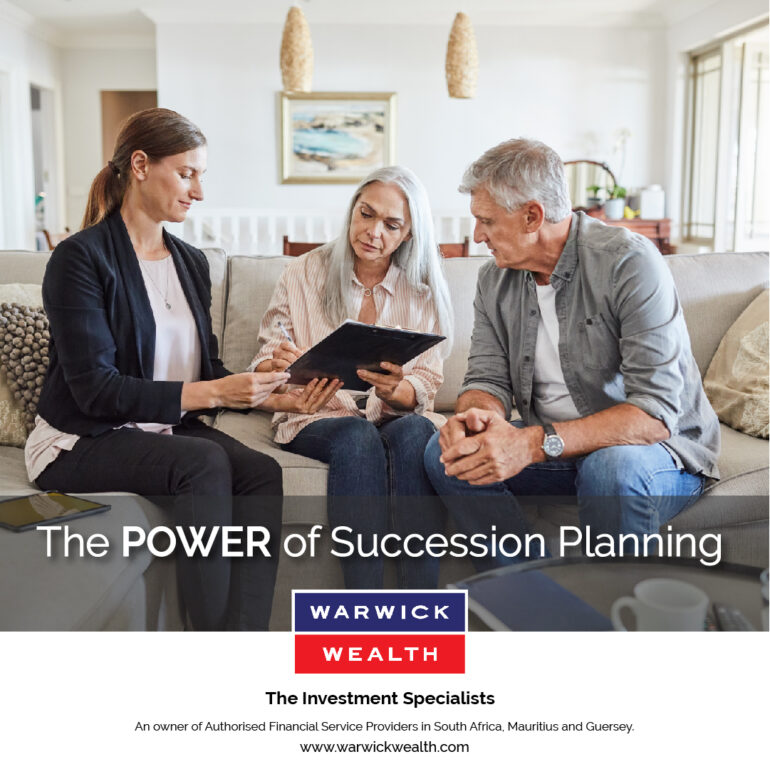 As an IFA, should something untoward happen to you, your clients deserve peace of mind that their investments are taken care of. With our Succession Plan offering, you and your clients’ futures will be taken care of. Join our network today https://warwickwealth.com/networks/ or contact us on 0800 50 50 50 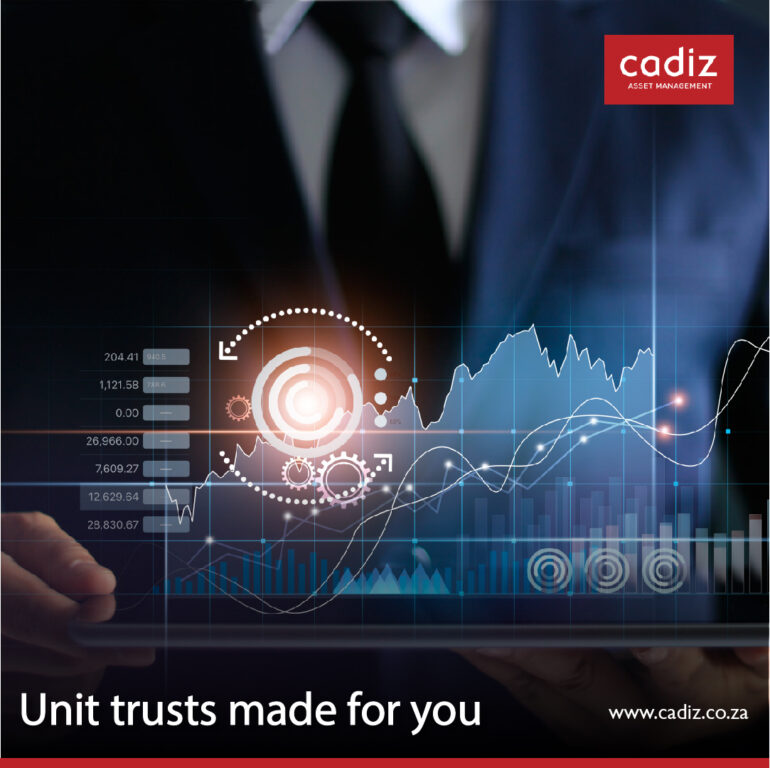 Whether you are a first-time investor or experienced in the industry, unit trusts provide an opportunity to invest into both local and global investments. Cadiz unit trusts are ideal investments to reach one’s financial goals, from saving for the longer-term or for meeting shorter-term objectives. Explore our options today.www.cadiz.co.za 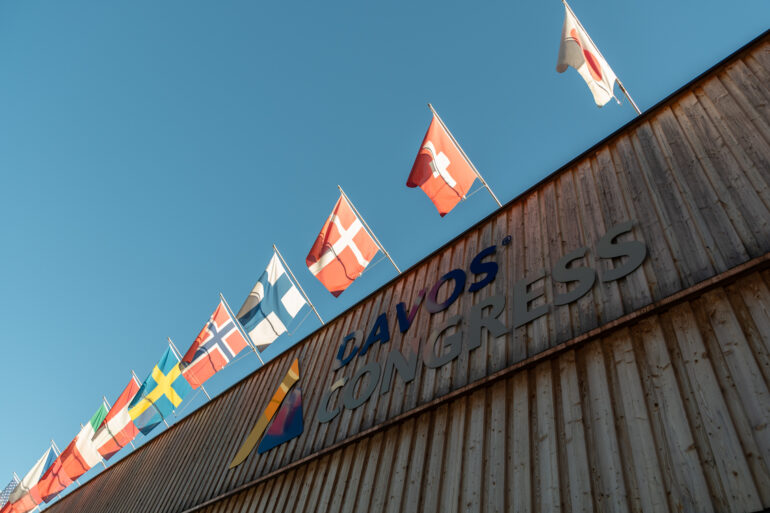 DAVOS 2022 – DIRECTION, DALLIANCE OR DEMISE OF THE WEF?

Notorious as the world’s most exclusive and expensive talk shop, the World Economic Forum (WEF) meeting at Davos 2022 was different and more ‘business-like’ than usual for a number of reasons. Held in late May, rather than mid-January as is customary, the most notable physical feature of this year’s talk fest was simply the absence of snow. Denuded of sleigh rides and glühwein, the famous Swiss village was missing some of its characteristic charm, but this also removed a number of excuses for the rich and famous to engage in playtime while out of office. This was also the first time for two years that Davos has been held face-to-face, rather than virtually. Often the most important discussions at the annual Alpine retreat are held in side-bars and other bars, so this first ‘post-pandemic’ WEF was a welcome manifestation of global normalisation. If nothing else, the WEF sends important signals to both business and political leadership regarding market and investor sentiment and so it was encouraging to see leadership engaging with each other in the flesh.

An important point of distinction to Davos 2022 was the recognition of the unique complexity confronting global business and political leadership. Historically, the WEF has been susceptible to criticism of being comfortably removed from the harsh realities facing billions of ordinary people across the world and in debating big picture abstract issues that do little or nothing to solve global challenges of poverty, inequality, underdevelopment, conflict and climate change. Indeed, far too often, Davos is reduced to a corporate and political reputational beauty parade, replete with sincere pledges of commitments to “work together to find solutions to some of the greatest challenges facing humankind”. Not so this year. This was the year that Davos grew up and got real.

The highest levels of inflation in decades have come back to stalk the global economy after being held in check and it is far from clear that central bankers and treasuries have the repertoire and policy tools to force the genie they released, back into the bottle. This is compounded by the inconvenient truth of an apex energy producer going rogue and invading a major food producer and by so doing holding millions in Europe to an energy ransom, and millions more in Africa to a food ransom. Beyond the immediate human security issues, the crisis in the Ukraine has also relegated climate change commitments made at the Glasgow CoP26 just last November, literally onto the back burner.

But the most profound realisation that forced its way onto the WEF agenda this year, was that given the re-emergence of aggressive and protectionist nationalism, globalisation itself may be over, at least as we knew it. After all, the entire basis of the WEF is predicated on deepening and spreading the virtues of globalisation. So, while this year’s Davos delegates were confronted with a unique set of global challenges, the really sobering truth is that the very raison d’être for the WEF may, in fact, be over. 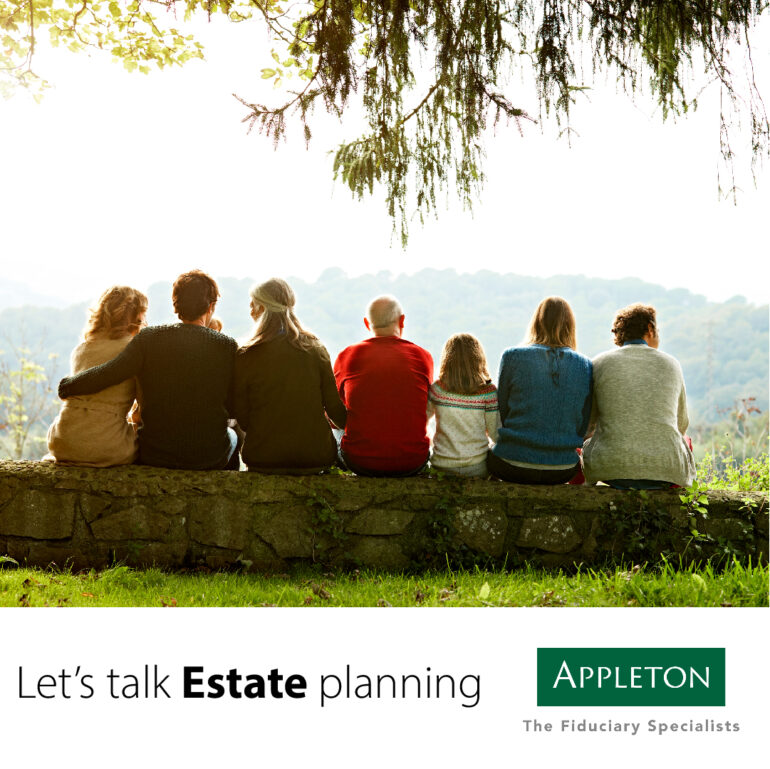 The lack of Estate planning has been the downfall of many families. At Appleton, we understand the complexities of Estate planning and will take care of all necessary legislative compliance. Call us on 0800 50 60 70 or visit appleton.com 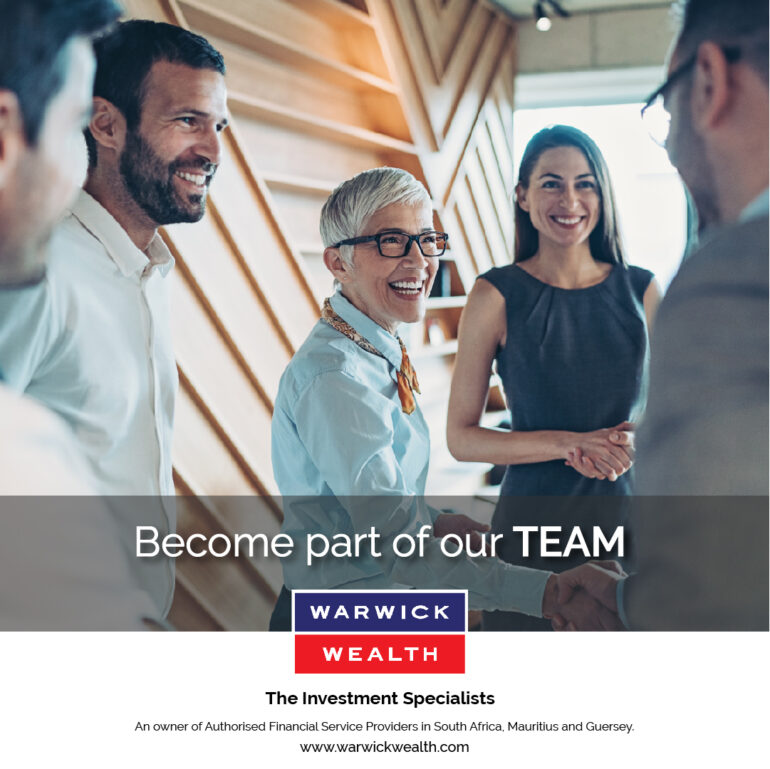 It is the age-old IFA dilemma: how do you grow your business without losing your independence? By joining our team, you will have access to our extensive range of investment products, as well as top-tier Fiduciary and Estate Planning services. To find out more, contact us on 0800 50 50 50 or visit our website warwickwealth.com 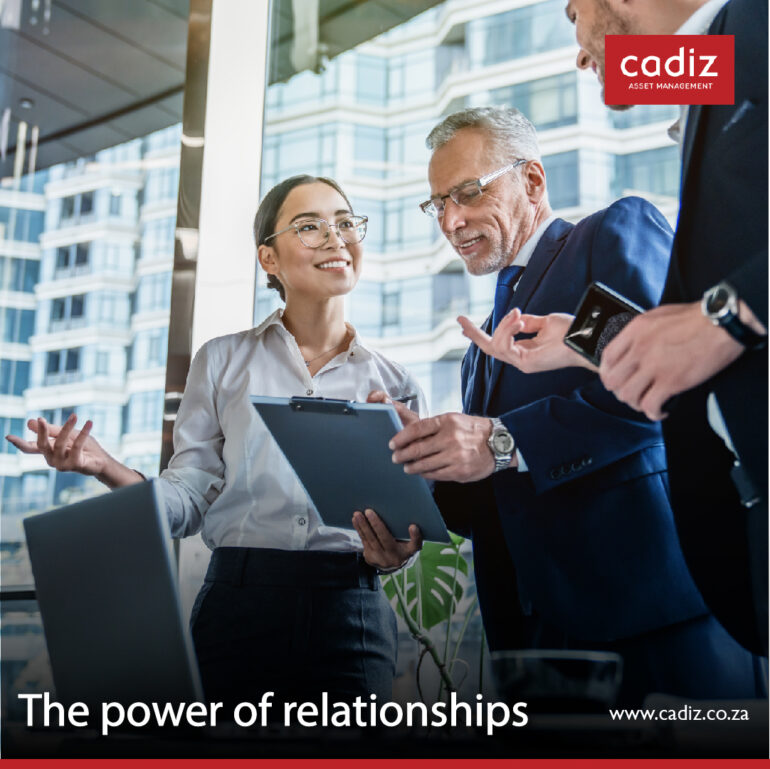 Over the past 25 years, Cadiz has built a reputation for delivering superior investment performance. One of our key success factors is building long-term relationships with our clients and delivering exceptional service – so join us today – www.cadiz.co.za 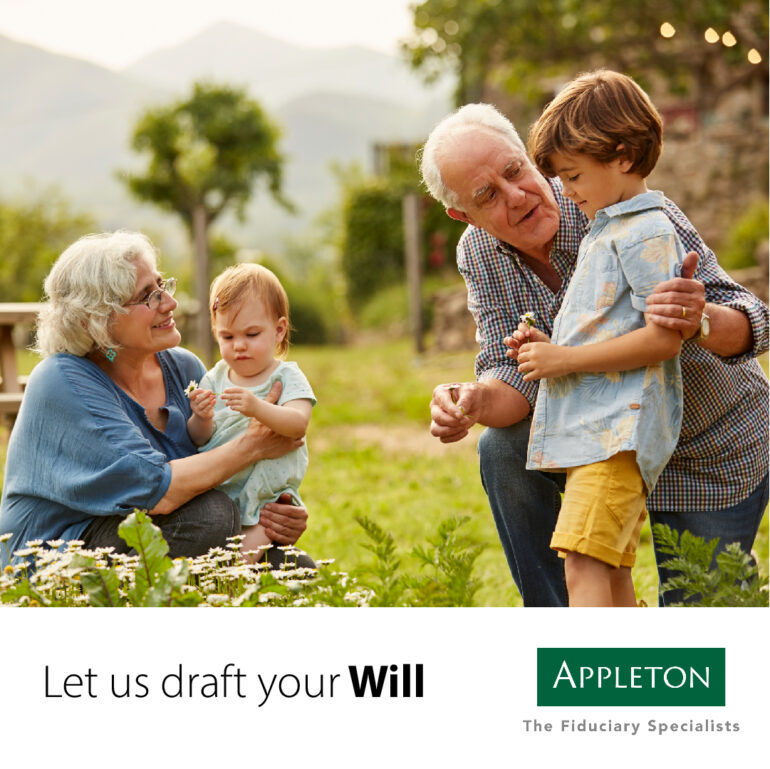 The key to a well-planned Estate is a professionally drafted Will. Fortunately, you’ve just met the experts in drafting comprehensive and bespoke Wills, tailored specifically to your needs. Speak to us today. 0800 50 60 70 or email clientcare@appleton.com 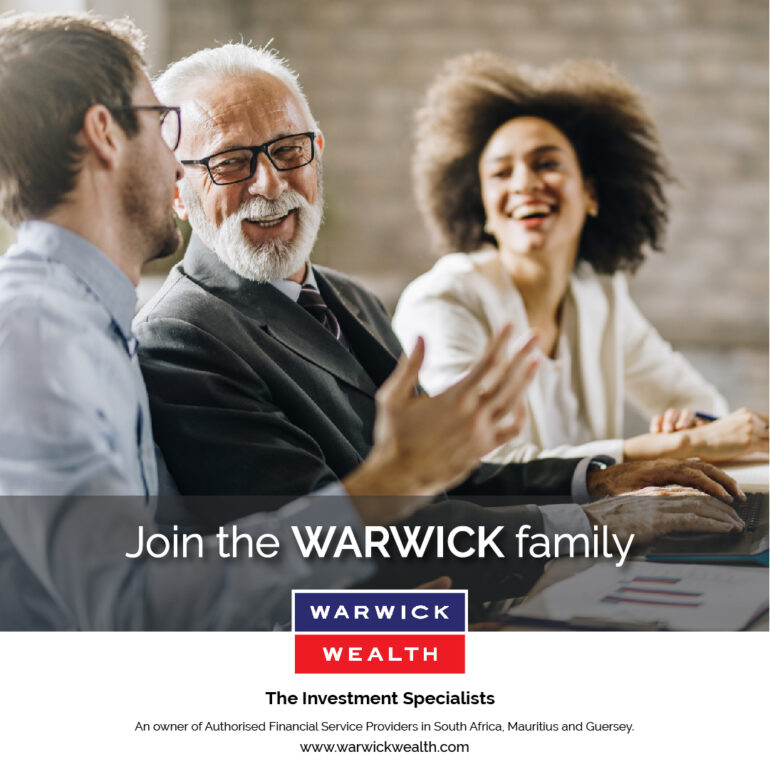 It’s not easy being an independent financial advisor in these difficult times. Why not join the Warwick family to access support and industry-leading products and still maintain your independence and client base? Contact us on 0800 50 50 50 or visit our website warwickwealth.com 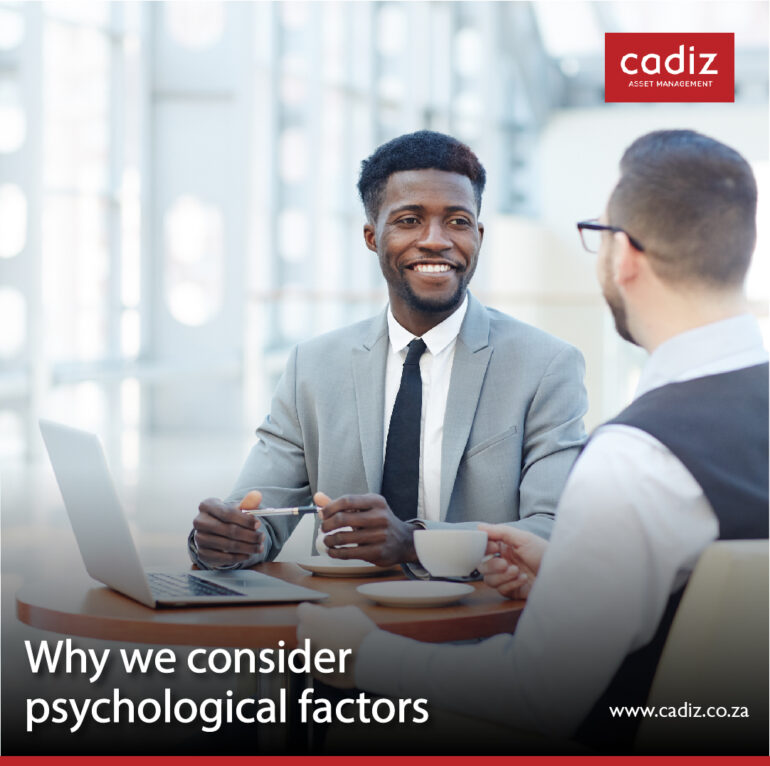 At Cadiz, we take full advantage of the market’s short-term pessimism by investing in good quality businesses that are experiencing temporary setbacks and are well priced. It is a strategy that has paid off time-after-time. Join our network at https://cadiz.co.za/

I am a great believer in sponsorships, particularly sports sponsorship. My companies have sponsored some of the biggest names globally in their respective codes. Warwick was Everton’s official FA Cup sponsor and more recently, Warwick was the proud sponsor of the legendary Stormers and Western Province rugby franchise, which enjoys the biggest following globally. Less high profile, Warwick has been the biggest sponsor of South African bowls nationally for 20 years and golf clubs for a decade. In fact, we have some 500 advertising boards at important venues around South Africa, together with an extensive digital footprint.

Sports sponsorship is big business, and along with advertising, keeps global sport alive. Yet, not enough of the huge revenue generated by sports sponsorship filters down to grassroots and in my view, it must become a condition of any major sponsorship that a percentage is to be distributed to developing the respective code at grassroots community level.

It’s beyond time for top-flight professional sportspeople to do far more for their communities too. Nobody begrudges Kylian Mbappé his £100million a year salary at PSG, but isn’t it time that clubs spend a proportionate amount on sports development at community level?

There are some iconic sports sponsorships, but arguably the most inspiring is that of FC Barcelona’s ‘sponsorship’ of UNICEF, which in effect, provides free advertising to the United Nations Children’s Fund and pays it for the privilege.

But there’s a worrying trend in sports sponsorship that needs to be nipped in the bud before it grows of out control and that is gambling. Believe it or not, in 2021 no less than eight English Premiership clubs had gambling shirt sponsors. In 2017 my own club, Everton, contracted with an international gambling company too as its main shirt sponsor but cut short its relationship in 2020. At the time, Everton’s CEO commented that “in an ideal world, the team would not be sponsored by a gambling company”, adding that Everton did not want to be responsible for irresponsible gambling. While this is a rather effete response, the club is to be given credit for eventually making the right decision, yet it still has three gambling companies advertising on its perimeter boards.

Surely it’s time for the Football Association and the Premiership (and others globally) to call time on gambling sponsorship across the board? At one time it was unthinkable that tobacco sponsorship would be banned from Formula One motor racing. But even without Marlboro, F1 has flourished in every respect. Some will raise legitimate questions about global alcohol companies sponsoring FIFA world cups and EUFA championships, but there are some responsible age and time restrictions on such advertising.

In contrast to tobacco and alcohol sponsorship, gambling sponsorship has become a pervasive free-for-all beamed directly into the homes of young and old, rich and poor in every corner of the globe. Not only this, merchandising is a fundamental element of the commercial business model of major sporting codes and by so doing, we ourselves have become walking human advertisements for gambling companies, with all the ‘demonstration’ effect on our kids. Given the influence the beautiful game has on the lives of hundreds of millions across the globe contrasted with the corrosive addictive impact gambling has on the lives of countless millions, it’s time to turn off the gambling sponsorship tap and rather work with companies committed to a better future for humanity.