Here we go again, Oh my word its R20 to the pound and R10 to the dollar, lets move money out of SA!

Ok, so that’s a slight exaggeration, this week! But what do South Africans need to realise that our economy is at best a decent transitory investment against the first world economies and their currencies?
At R13.50 to the pound and R5.75 to the dollar there was no interest. South African property was a better bet than London, New York, Belfast or Rome!  Hello everyone wake up, this is Africa and even us African fans know that this is a delusional view. Now our inflation threatens to rise to 15% due to all the international and local inputs, not to mention an electricity price that may rise 150% over the next two years.

Is there anyone out there who thought that the driver of the world’s economic machine, oil, could rise from $20 to $100 without a massive medium to long term impact? How on earth did the SA government think that a suppressed and artificial electricity price could be sustained long term?

The reason we have no power is that no real electricity producer was prepared to come into SA and build facilities, or run facilities that produced the extra power we needed. Why because of the artificially low price they would have had to sell their product to ESKOM at, or more realistically the government!

South Africa needs to learn to subsidize those it cannot create work or wealth for and not artificially force basic service prices down, it is an unexploded bomb!

So interest rates chasing 12 – 13%, inflation (the real not artificially manipulated numbers) of 15- 16% and a population of middle and above classes living on now non existent cheap debt, where do we go?
I will tell you, we wake up, that’s what we do! We go back to basics and forget the nonsense of a 2010 saviour, that’s three weeks of soccer fans not a realistic economic plan. We realise that international inflationary pressures, oil and sub prime credit crunches cannot be solved by local solutions such as mindless interest rate rises.

Raising local interest rates to tackle our macro inflation causes is totally pointless, the causes are international not local!

So will OPEC start pumping more oil and drop global oil prices because Trevor put up interest rates in SA, yes of course it will (not) and SA soccer stadiums should be twice as big so we can use them for more rock concerts that will occur and fill them every three months. I had a debate with friends the other day and we could only think of three bands that could fill a stadium and they only tour about every three years! Come on guys let get real! 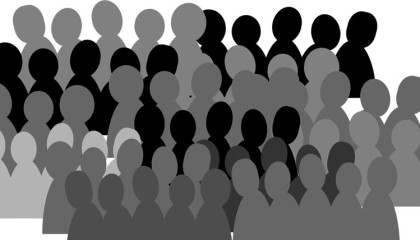 The Public Voice
Stay in the Market
Islands
Professionalism