A land of great potential

I met a man and what a tale he had to tell. He was an older, if not wiser, man than most, but the story of his life over the last twenty years was remarkable, an adventure that was to my mind extraordinary and if anyone had told me such a tale 20 years ago I would not have believed them.

This man had travelled, he had journeyed through continents and over thirty countries and he had seen poverty and pompous wealth at first hand. He had made fortunes and lost them, smiled and made them all over again.

He had loved beautiful women and been loved back and now in his mature years he had found the perfect partner. He had made friends and lost many, yet kept all those that mattered, he had children he would die for and parents that would die for him.

His life’s journey had taken him from a proud and principled working class background, to a position he never dreamt of. Yet he knew his position, his place in life and his people, he knew where he was from and where he was going. A man who saw more wealth in wonder and the love of life, than in mere money. A man with a love for simplicity and comfort over the collection of material objects.

This man told me about a country that he loved and a people confused by their own capacity. He had seen fear, hatred and division crumble in the face of honesty, compassion and forgiveness.

This land had thrown off police driven fear, totalitarian thuggery and a lack of pride. It had turned its back on a road to self destruction and looked at itself long and hard, as it sat on the edge of an abyss of truly global loathing.

In twenty years he had seen miracles occur, he had seen a saint created, he had witnessed an explosion of optimism and growth. Thousands of homes and offices had been built and massive road and rail projects planned and efficiently concluded.

The economy had expanded, the wealth base had broadened and the understanding by its people of each other had matured and became natural, not forced.

He had laughed as he thought of those who belittled his children’s homeland, he knew that the doubters would eventually be proved wrong. Even the most bitter and pessimistic would have to face the fact that nowhere was ever perfect, but this land held within itself the greatest potential of all.

And now the entire world had come to this man’s home country and that country was waiting. It would stand as one nation, proud and relaxed. It was ready to show the world that it was itself a real player!

He looked me straight in the eye and asked me what I was thinking.

I looked back in the mirror and smiled, there was nothing more I could add and anyway they can lock you up for talking to yourself!

2
Related Posts
Life is a golden thread
No Negative Waves 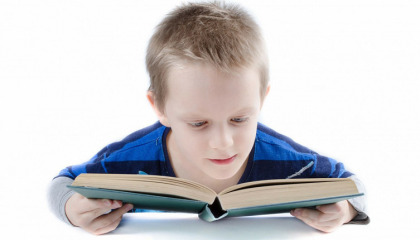 The Wonders of Life
First Cracks in the dam wall