The Secret of Success

As a regular traveller within SA and an unfortunate user of very early flights I can state that the economic recovery is well under way! The reasoning behind that prognosis is very simple, but then simplicity has always worked. The man behind the Dow-Jones index originally used the simple test of checking how many chimneys were being used at the steel mills and other factories, as a sign of industrial well being. I believe that a suitably reliable indicator in the 21st century is the length of the queue at airport security at 5.30am. Three years ago that queue, even allowing for inefficiencies, was daunting and quite unbelievably long.

The economic slow down and new terminals had dwindled these lines down to virtually nothing and therefore by the time the World Cup arrived it was even easier to fly! Over the last few months, however, that line has steadily grown stronger and only yesterday it had broken out well beyond its metal cattle style constraints and begun looping along walls and into areas it had never been before. A living line of travellers all indicating to me that travel is back on the agenda, sales and deals are being sort out and that surely can only mean growth and a brighter future?

That all bodes well as an early indicator, but we need the Reserve Bank to drop the interest rates and the banks to start funding again to really get ourselves firmly back on track. One area that is struggling, but will no doubt bottom out over the next twelve months is property and by that I mean both residential and commercial.

These are only anecdotes and therefore not to be taken as a 100% indicator, but in the last week I have heard the following. On the residential front I have now had it accurately reported that two auctions of top quality properties were cancelled as no decent opening bid was even forth coming. The auction has often been seen as the fire sale alternative, so when properties that once went like hot cakes cannot even make a 25% opening bid there is still a way to go until we hit the bottom. On the commercial front a well respected national developer told me that they were waiting for the economy and market to further distress current owners of land before they bid for it. Clearly they don’t think we are at the bottom of their cycle yet either. The banks too must now let that pendulum swing away from the total control their “credit committee” has, back to the commercial centre. That will allow sensible and viable deals to be done without them requiring the belt, braces and 200% cover that the credit committee mind set has been trained to look for. We cannot, however, blame the banks credit committees as they are the natural cautious guardians within the bank and it has always been a cycle of banks being too generous and then too cautious.

Let’s just get back to some sensible centre ground, sooner rather than later. A good friend who works for a UK bank once told me that banks are their own worst enemies, when they make too much money they simply don’t know what to do with it and invariably end up making poor investments themselves. This then gives them a fright and they go back into their shells for a while. Well guys it’s time to take a peep outside that shell, get back in that airport queue and join the rest of us on an economic path to recovery. 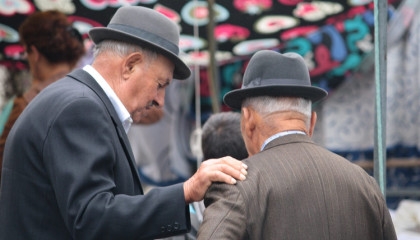 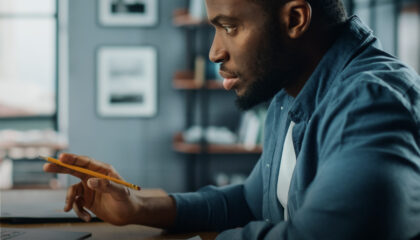