Apparently in 2011 Argentina will join South Africa, New Zealand and Australia to create the Southern Hemisphere’â Four Nations Rugby Tournament. I think that is really great as personally the Tri Nations is getting a little boring, the guys in the Northern Hemisphere  introduced Italy to their annual drinking fest and it became the far better Six Nations a few years back.

Variety is the spice of life and sport, and without Italy, South Africa’s recent trip would have been known as the Grand Slammed Tour, Italy was our only decent result!Â How things can change so quickly in sport, one day scoring 350 against England and two days later collapsing all out for 120!  Goodness if this South African trend continues Bafana Bafana may win something!

Business, just like sport, is very unpredictable.Â Just when you think a trend is set something happens and all the wheels fall off again.

Credit crunches, financial turbulence and fear come and then go, but we are always waiting for that next shock to hit the markets.

The last few months have been rather normal, that is itself always scary in the stock market! The indexes were climbing steadily and some confidence in the 1st world economies was returning.  But then we had one of those bombs and oh what a little cracker it was, also just about the most predictable shock ever.

Yes, Dubai was cash strapped!  We have all been talking about Dubai and its issues for over a year but apparently it was a shock that they were actually in as much trouble as we all thought they were, strange indeed!
Here are some very simple facts that led to a highly predictable squeeze on the bling capital of the world. Firstly, they donâ’t actually have much oil left. You see Abu Dhabi is the numero uno of the little states that make up the United Arab Emirates, the UAE. Yes what they say goes and poor old Dubai is only number two Emirate. Their woes are further compounded by the fact that Abu Dhabi, about the size of the Cape Peninsula and with less people than Cape Town produces nearly 10% of the world’s oil and has reserves for about another 120 years! So basically they are filthy rich and Dubai is hocked up to the eyes to guess who, yes their cousins in Abu Dhabi!

I heard recently that the leader of Abu Dhabi wanted to buy Emirates Airline, owned by Dubai and he was a bit peeved that they said no, especially given the fact that Abu Dhabi own about 50% of Dubai and basically bank roll it. As a result he went off and formed Etihad, bought about 300 brand new Airbus’s, as you do, and stuck them up against Emirates!

I would not be surprised if this “little” Dubai market blip was simply caused by the cousins wanting to grab a few cheap assets in Dubai. But you can be sure, as eggs are eggs that the UAE as a whole is not going to let it become an issue and ruin broader Arab reputations for long!

Well thatâ€™s it then!Â 2009 is over and 2010 has kicked off, sorry no pun intended.Â Thanks to Charlize for the easy group, NOT, Brazil for all their unemployed soccer managers and Peter de Villiers for doing a great impression as rugbyâ€™s version of Eric Cantana, I honestly donâ€™t know what he is on about some times, do you? 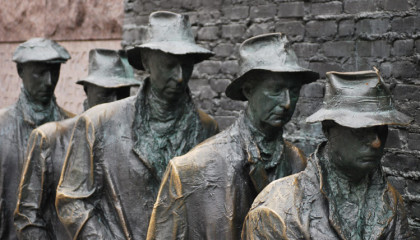