Yes sport and money are very similar. You are up, you are down, you are flush and then you’re either flat broke or broken! One minute you are hailed a star, then you are old news, suddenly you’re back again with all things forgiven, just ask Dave Beckham and Lindsay Williams, he was the Summit TV front man banished for being competent and is now back with that excellent Warwick Market Report on FMR 101.3 and www.bizcast.co.za  a bigger come back than Lazarus, well done son!

Well on to more cutting edge and challenging issues, how about the new phenomenon in world markets, Lego! No seriously this is no joke. Lego is apparently now scarce as people are buying and selling it by weight. Maybe it should occur to Lego that the reason it’s scarce is that people are selling it by the kilo on EBAY and not Lego’s usual over packaged and prebuilt toys!

The next move is that we will be buying Single Block Futures (SBF’s) and going long and short, going long being the bits that you make wings and window frames from. Forget the LSE (London Stock Exchange) it’s now the LBE (Lego Block Exchange)!

Speaking as we are, vaguely, about Single Stock Futures (SSF’s) (a futures contract masquerading as a friendly investment tool). I have recently read of many people financially crippled by this instrument, an instrument certain stock brokers and asset managers have been force feeding their clients with as a safer version of futures and options.

One such Expert asset manager, who is ancestrally obsessed with Gold, actually managed to lose millions of dollars (yes dollars as well as rands) of their clients money on Gold based SSFs. Just how a group of such habitually Gold obsessed types could lose people so much, in a rocketing Gold market, has to be down to one of two things, either their stupidity or greed! In addition certain people who promoted this particular organisation are more than just regular church goers, so perhaps they just don’t care about the loss of filthy luca. After all you can’t get much bullion through the eye of a needle, can you?

Yesterday, I was asked for some sensible advice on 2010 that really got me thinking, which is an activity I try to avoid at the best of times. Firstly, don’t buy property before the World Cup, as the World Cup is already over priced into the value. Secondly, don’t rent a house long term before the World Cup, as the rental will contain the World Cup’s delusional factor. Thirdly, just take the government’s advice, do nothing before the World Cup or during it, don’t travel, don’t educate your children for a month and don’t ever be horrible to any tourists you may see, even if they are beating each other up and chanting, you’re going to get your flipping heads kicked inâ€, the word flipping was used to protect the innocent.

So don’t buy, sell, rent, trade (be that players, houses, cars, clubs, futures, options or even Lego).  Actually just stay home, tune in the TV, buy lots of snacks and become a bore, trust me it works. I’ve been in that state for the last four years since Germany and nothing nasty has ever happened to me. Come to think of it, nothing has happened to me since Wembley 1966!

1
Related Posts
We were never being boring 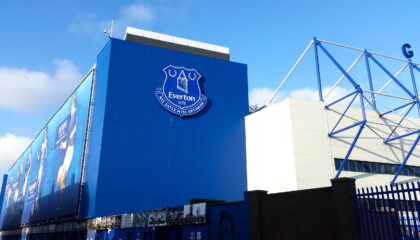