Firstly, if you don’t have a TV on July 11th 2010 and you are a sports fan, then fake an injury and get into a decent hospital ward or get yourself into a pub with a TV, can I suggest my favorite second home The Boer and Brit at the Alphen Hotel, it has two screens! Yes, on that day we have (I can hardly contain myself) the British Grand Prix and the World Cup Soccer Final Wow!

Secondly, if you don’t have a ticket for Crush on Constantia, Constantia’s Grandest Garden Party on 18th April 2010, then you are no where! The event is the highlight of the Constantia social scene and sees 1000 of the great and good of Cape Town descend on one of the world’s most famous places Constantia Uitsig Wine Farm and the first 1000 will be lucky enough to join in.

2010 is the third Crush and it just gets better and better. The Chronicle will be there, with all Cape Town’s leading business, political and arts figures. Stunning music, the Constantia Valley’s top chefs including Brad Ball of Steenberg 1682, Luke Dale-Roberts of La Colombe, Clayton Bell of Constantia Uitsig Restaurant, Garth Almazan of Catharina’s, Simon Kemp of Cloetes, Scott Kirton of River Cafe and Edgar Osojnik of Buitenverwachting, to name but a few, all of whom will be on site and cooking fabulous gourmet treats for the guests. All Constantia Wine Farms will be serving their fantastic wines and there will be music and an astounding best dressed section! Look at www.crush-on-constantia.com or www.constantiavalley.com

You will love this annual day organized by the Constantia Valley Association. Why do I mention these two great weekend dates? Simple We have so much to look forward to over the coming months.
That’s two great weekends bagged and ready and both for little more than I would spend at the Boer and Brit on a quiet night!

It struck me again the other day just how blessed we are here in Cape Town, how much there is to do for relatively little outlay. You can even watch Elton Bog or Cliff Richmond at Kirstenbosch if you wish (they perform under their stage names Elton John and Cliff Richards, nee Harry Webb). Beaches, mountains, sand dunes, wine farms, walks, botanic gardens, concerts, pubs, restaurants, beautiful women and good sport, this a positive heaven on earth.

As I drink a chilled Constantia wine while listening to the awesome â€œSpectrumâ€ do their thing on stage at the â€œCrush on Constantiaâ€, I will already be planning my weekends leading up to JulyÂ 11th and â€œDSTV dayâ€! What more could a man want in life than that? Ok boys, I forgot about that, but itâ€™s my birthday on July 15th and I am on a promise, as long as I behave at the two earlier events! 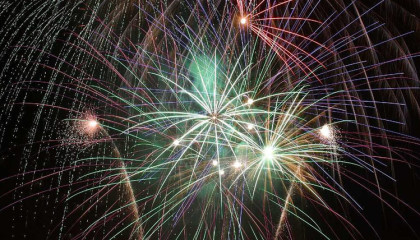 2013 The Compliance of Life