Cometh the moment, cometh the man! Cometh the current financial crisis, cometh the need for many families and individuals to face up to that “moment”, these are days of reflection!

As many areas of the world proclaim they are entering a lighter and brighter position with hope beckoning them from the end of the tunnel, others are only just entering that tunnel or still travelling through its musky dark and dank bowels.

As with economic cycles those first in are usually the first out. There will always be the exception, but the world wide crisis we entered in late 2008 seems to be running a similar course. South Africa may escape the extent of financial meltdown felt in America and parts of Europe, but we may be one of the last to emerge from it properly as the World Cup, and the government spending it created, will buffer and mute the effect and possibly elongate the experience.

Banks may also seek to capitalise in South Africa, using the world accepted crisis to excessively squeeze its clients. This will increase their profits still further, while giving them unheard of levels of cover and credit protection. It will be difficult for them to ever release these straight jackets, as the corporate managers inflicting them will be reluctant to show entrepreneurial vision in the future and take the blame for any defaults, of any nature, that may occur.

Credit and financial facilities are what allow companies and the economy to flourish and grow.Â Stop them, or tourniquet their flow and you not only stop growth you freeze activity and as even the most junior student of commerce knows if you are not busy growing you are busy dying. Let’s hope they taught that one basic lesson at the banking “Credit Committee School”.

One of my favourite things in the world is reading car magazines and fantasizing about owning a Bugatti Veyron or Panini Zonda!  It was, however, while reading one of these magazines that I saw one of those ridiculous bold statements of fact that prove to be massively and arrogantly wrong.

Rather like the US director of trademarks who, in the 1920’s, wanted to close the office because he believed blindly that everything that could be invented had already been invented, so Mr Jeremy Clarkson predicted, in his infinite wisdom, the death of the supercar due to the current financial and green political climate.

Sorry Mr Clarkson you are wrong, in fact every financial and fuel crisis has actually spawned bigger and better supercars. The reason is simple we humans want, no need, something to aspire to. Outrageous cars are just like huge homes, 5 star hotels or opulent jewelry, they will always be ultimate objects of desire and aspiration to many. After all, they are never mass produced and even in a crisis there are always trust fund babies, corporate winners and wealthy clients available to buy or use them and always in sufficient numbers required to keep the manufacturers of such products happy.

The last couple of years may have been hard work for those of us with â€œchampagne tastes and paupers pocketsâ€, but there are still a record number of millionaires out there compared to five years ago and they love to spend their dosh!

For the rest of us?Â Well there is always fantasy and the lottery, after all someone has to win it don’t they?Â Only the other day a couple in the UK won €56m in the Euro Lottery. That is around R720m, which according to some local expert estate agents would enable them to rent an apartment in Clifton for a month during the World Cup.Â Alternatively, they could always buy two return flights on any domestic airline between Cape Town and Johannesburg while the World Cup is on!

So what would you do with Â£56m?Â Me, I would give a third to the KiDS Foundation, a third to my own kids and spend the last third acting like a kid, for the rest of my life!Â The first question they always ask is â€œWould you carry on working?â€ to which I would answer, There’s too much to see, too much to experience and I am already in my final third of the three score years and ten.â€

Life is for the living, so tonight on the way home I am going big and calling in at the SPAR, its extra Lotto tickets, a car magazine, two bars of chocolate and big dreams for me.

Life and the Lottery are similar fellows, you have to be in it to win it! 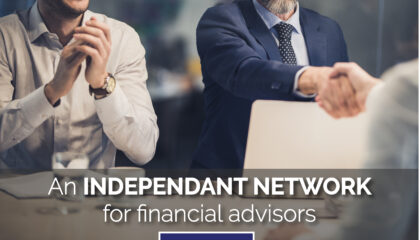 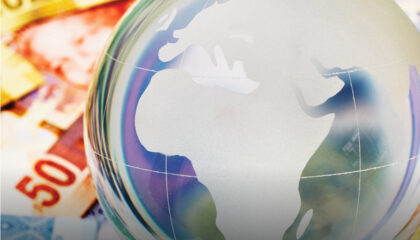