Sitting in Sydney Australia earlier today, it occurred to me in the middle of a business meeting that it is, as they say, “twenty times harder to win a new client than it is to keep an existing client”, listening to certain people here I can see that it applies as much here as in SA, because as many people don’t get the idea here as anywhere else!

So why is it that people continue to make the same mistakes, why do many find it hard to deliver on promises even when they are being paid to deliver a service? There is in South Africa a sad truth that many people who offer a service think they are the one’s doing their “Customers and Clients” a favour, how totally misguided can they be, do they seriously think that they are the only service provider available?

Within the last three months my family has experienced the following;

A restaurant we were sat at only delivered half the food we ordered. After waiting a further twenty minutes they admitted their mistake but added that the remaining food was not coming as the chef “had gone home”.
A watch that was sent in for repair could not be found by the very shop that sold it to us and had then taken it in for repair, as they had used an “agent” so it was not their fault and “they were doing their best!”
A service provider sent an email saying that they had decided to more than double their costs but, “thanked us for our previous business and the business bookings they had, for quarter four”.
A company asked to quote on a gate simply failed to quote, then said they had been “too busy to do so”.

The above resulted in the following, we cancelled a large party we had booked at the restaurant, the watch shop owner in Johannesburg was roasted (with Thyme, get it?), the Cape Town Hotel Manager lost around R50,000 per month in regular business and the well-known gate company has been slammed, by my better half, in every conversation she has with her friends.

Today there is an ever growing need for client care within financial services and there are two drivers to this. Firstly, it’s just the “right thing to do”, people are paying us their hard earned money and they deserve to be treated with respect and a thorough understanding of their needs. Secondly, because the world’s regulators are trying to cross the “Rubicon” and get into the subjective subject of client care and treating a client fairly, yes the new buzz acronym of TFC.

This is rather a dangerous area, as it is no longer an objective test of did the company deliver what the client had contracted to receive. Now it is subjective as one man’s fair and reasonable is another’s unfair and unreasonable, there are likely to be battles fought in this area over the next five years, but I feel that as long as it improves client care then it is a fight worth having.

On a more family orientated note I want to thank my entire clan for putting up with me over the last year. It has been a rollercoaster 12 months and with Warwick’s expansion nationally there have been many late nights, early mornings and exhausted weekends.

Recently we, as a family, all gathered to commemorate and acknowledge what would have been the 50th birthday of my beautiful sister Louise, she had sadly left us in 1984 at the tender young age of 19. It suddenly hit me and became even clearer. I must now, as a man in my fifties, relax more and enjoy my own and everyone else’s good health. Time to treat everyone, including all clients as I want others to treat me, that means with even greater care.

After all we reap what we sow, and the more we give the more we ourselves will receive in return and yes that even applies to Australians and POM’s like me! 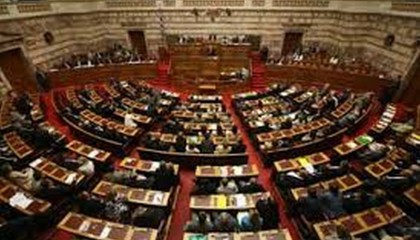