Since the 1980’s there has been a dramatic change in the regulation of companies involved in the promotion and administration, of financially related products. Wave after wave of legislation has been introduced to ensure that the companies, as well as their employees, are properly educated and trained.Â Compliance with these acts and regulation is an onerous part of being allowed the privilege to promote and sell to the general public.

As I sit here today I am authorized in five different jurisdictions, including my home South Africa, and I can assure you it is an expensive ongoing process of paying regulatory fees and the associated annual information submission.

This area, often described by its participants as â€œthe largest financial decision and commitment you will ever make, is also directly linked to problems being suffered today by ordinary individuals, in both South Africa and other countries, namely the burden of excessive debt.

I am referring to property and the world of real estate agents and property developers.
Can you imagine an asset manager selling you a share portfolio for R1m, or unit trusts for the same value only for you to discover that it was never worth that in the first place?Â It would be goodbye career for that fellow and hello law suit!

I read recently of a guy in the UK, he was a well educated businessman but not in any property related business. He purchased 38 properties over three years on the advice of property developers. He just went under with debts of over £3m, which was the extent of the NEGATIVE EQUITY, even in a rising market, he suffered on his overpriced and over hyped properties. Where are those developers now, out of business? No, just laughing all the way to the bank.

And it is just the same here, a European, not six months ago, bought R200m of Constantia properties through a leading estate agent and he funded it with Euro! He couldn’t sell that lot for R175m today if he wanted to and his hit on the currency, well that’s just eina!

Advertising is also an issue, our papers at the weekend are paid for by the estate agents and often what many think is professional reasoned editorial is in fact paid for hyperbole.

Of course property is a good investment over the long term, but so are equities, they unlike property have gone up ten fold in the last 15 years! But that is not the argument, the argument is let’s get those advising and encouraging people to take larger and larger positions and debt in property regulated, just as the guy’s who sell you a car are regulated. Believe it or not second hand and new car sales people are regulated by the Financial Services Board (FSB) while billion rand property developments are not!

So to the guy with the Euro Investment we can only say one thing, be patient, be very patient! Perhaps his Estate Agent and Property advisers subscribe to, Position, Position, Supposition, or the firm he used is simply called Caveat Emptor Properties, let the buyer beware, not a concept acceptable to any of us in 2008 when advising the public!

(Ian Kilbride is the Chairman of the Constantia Valley Association, the KIDS Foundation and Warwick- Private Wealth) 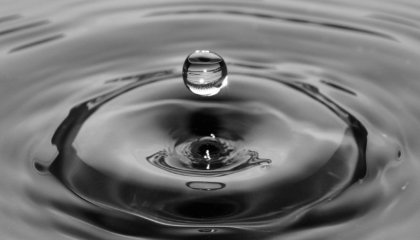