All aboard the stupidity bus

I recently sat at a restaurant table with a young South African couple, who I do not know, and listened to the gentleman justify the failure of South Africa to give the Dali Lama a visa on the grounds that we could not afford to upset China.Â  He was deeply offended when I suggested that a similar attitude allowed the Nats to apply apartheid for 46 years and enabled Mr Hitler to dictate European policy and ultimately destroy a generation as well as exterminate millions of innocents.

For South Africa to fight for its democracy for so many ears and then to abandon those who, not only stand for democracy and human rights, but actually supported our fight for our own, is an absolute disgrace.  Appeasement is a sin!

For evil to triumph requires only that good men (woman) do nothing.

Are we now going to ban all people from South Africa if their cause, beliefs or stance differs with that of some totalitarian state with whom our politicians wish to do business? I just quietly wonder how many Swiss bank accounts have been opened by Chinese representatives in the name of South African movers and shakers.

The world is a strange place indeed, is it not? Israel is about to have a fascist government, supported by Ehud Barak the leader of the most liberal party, but excluding the centre ground!

The UK has a government that is less popular in England than the French, and try this interesting fact out.  In the UK 80% of Muslims and 75% of Hindu’s believe that there should be a greater Christian influence in UK life.  As opposed to only 60% support from the Christian Community, how does that work?

Anyway, here we are approaching our fourth democratic election and only one year away from the World Cup, that is if the democratically elected taxi associations will allow it!Â  We are being dictated to by a non democratic nation with the third largest economy in the world but with 135th ranking on per capital income, just behind Guatemala! We have banned a man synonymous with peace, patience and Freedom Fighting as he may send the wrong message out re the world cup.Â I didn’t even know that he had anything to do with soccer did you?

Let’s remain calm and smile and wave, there will be another stupidity bus along any moment now, well that’s assuming the taxi guys have not set fire to it!

0
Related Posts
Get off the Pedastal 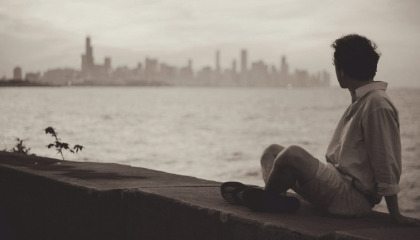 The Art of Courage
Life is never dull
Size Matters