“Acronymism” has been a slowly growing disease for many years, but of late the PC (here we go) lunatics have taken over the asylum and now everything is seemingly reduced to a shortened, rather self important, sound byte that requires the recipient to do a mental double-take.

At times these modern barbs are thrown around like intellectual challenges; the more you quote the smarter you may appear  not! As an extreme example:

“Got SMS’d to go to the JSE on the QT for a meet of IFPs with FSP FAIS approval, LSE and FSA of UK were there, with the SA FSB and Imasa, FMASA and ACIS reps.”

Come on you are joking, right? Dream on, this is the new world of IFSL (international financial services lingo) and it is spreading faster than you can say ASAP!

There are times, I agree, when it makes sense to simplify things, but we are now in grave danger of alienating the very people we are here to serve, namely our clients. The Financial Advisors and Intermediary Services Act may be a mouthful but your clients will never relate to “face” or “phase” or even FAIS, but hey, FSB boys, how about in the future a simple and consolidated Financial Services Act?

I was enjoying coffee last week with an extremely intelligent and well-educated chap, who reads the international financial press but more importantly, is one of my own largest clients! Guess what, I managed to completely lose him with the unconscious use of a mere three acronyms in one sentence. He laughed and enquired whether financial services providers were now attempting to create a parallel world as lawyers have â€“ you know what he means, where the language is a complete riddle to the client and the user hopes it comes across as intelligent and very billable.

I decided not to follow my LLB back in 1985 as financial services seemed so much more real and closer to the clients and their everyday world.

Perhaps we should take stock of where we are and inject some TLC. I donâ€™t know about you but I find it bizarre that many of the people who bandy these terms about don’t know what the latest top 100 acronyms even stand for. What chance has the poor client? Here’s an idea, what about a top ten? If you can have a top ten of ring tones, why not acronyms?

So to all fellow FPI members I simply say let’s make 2005 the “Year of Service and Plain Speaking”  we could have a little fun at the same time! Letâ€™s have a list of acronyms in our lives  forget the institutions and their 21st century names or it would fill a book! Come on, just the ones you use or hear used this month.

Moving right along, has anyone noticed that the Christmas shut down, be that mental or recreational, seems to be getting longer but somehow is over quicker, or is it just my age? MLC, mid-life crisis?

Ten years ago, in Cape Town at least, the clients always made it clear with the fateful line uttered in mid-December: “Speak to me in the new year”. Now by mid-November the guys are saying, “See you in late January?” Perhaps it’s my new deo or the sad state of the markets over the last few years, perhaps it’s the cost of remaining in Cape Town; so they skip town or there’s a lack of “T” registration Vaalie cars to abuse; we still think GP stands for Grand Prix driver, which is not too far wrong! Then again it could just be that the client’s vacation is longer, whatever it is lately time seems to really fly by.

Finally, as we walk bravely into the levelled playing field that is financial services in South Africa in 2005, I wish every broker a great year of opportunity and success. There has been some adversity in the industry over the last few years and this no doubt has caused some stress.

So I know that I now join every FPI broker in wishing you and all your clients the very best and an absolute cracker of a year! 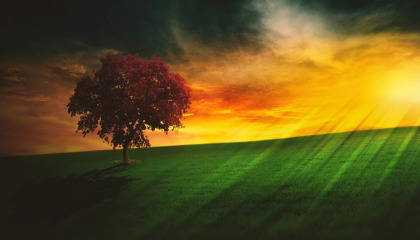